Who is Mario Goossens? 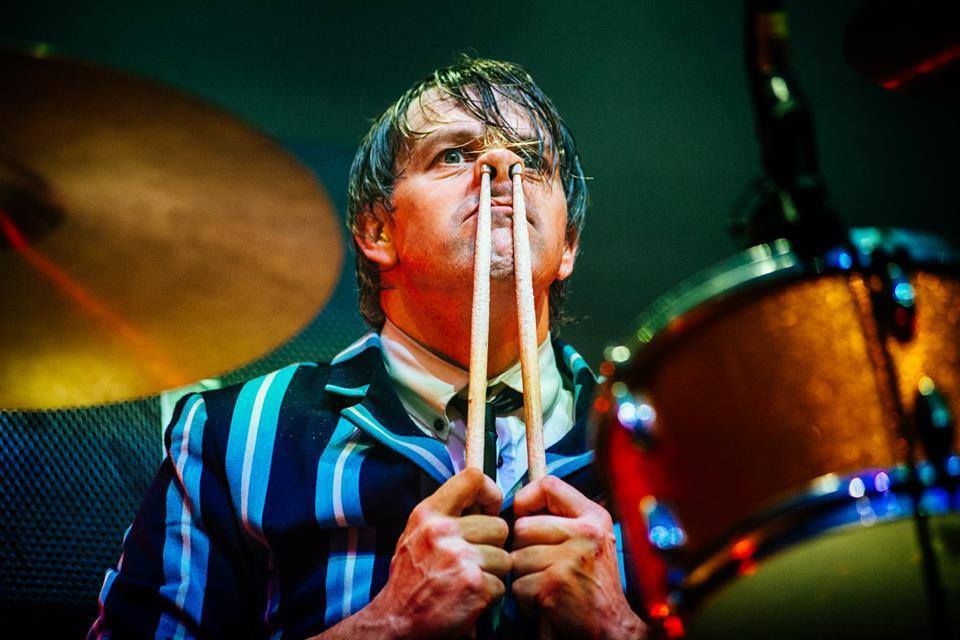 Our first ever Inspiring Masters is Mario Goossens, drummer and music producer (as well as teacher among other things).

In order to better know him, here is his “mariography” extracted from his website:

Mario Goossens has played on, contributed to, toured with, collaborated & produced a veritable cornucopia of albums, a “who’s who” of talented musicians hailing from Belgium, Holland, France, Greece, Italy, UK & the US. He has gained international recognition as being more than just a drummer.

He has played with Triggerfinger for 14 years, having first cut his musical teeth with Stijn Meuris in both Noordkaap & Monza and later with Alex Callier ( Hooverphonic). Mario has also been an eminent session musician, working with artists as diverse as Milow, Arsenal and Arno, toured worldwide with Winterville, Bowes & Morley (Thunder), Hooverphonic and still found time to produce hit albums for The Black Box Revelation, Steak Number Eight, Team William, Roza Parks, The Scabs and Wallace vanborn.

Mario is currently touring with Triggerfinger due to their success in Europe with the hit single “ I follow rivers” that went platinum in Belgium, Holland, Austria and Gold in Germany and with the album “ All This dancing around “ that went Gold in Belgium and Holland.
On the side of his busy touring schedule Mario is also working on various solo projects & on the hunt for the next production to smack-you-in-the-face & blow-your-mind.